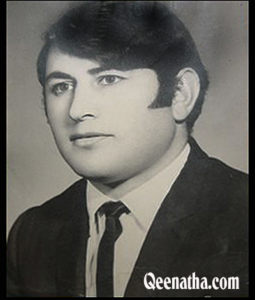 Born in the iraqi city of Habbaniya in 1944, to father Ruel Tamras and mother Madam Khanna, he was married to Madam Yolia David, had one son Yousip and two daughters Nahrain and Nurra.

Albert began singing officially in 1960s, he wrote the lyrics to all of his songs, and composed some of the music too, the music of other songs were adopted.

He recalls in an old interview that his beginning with music was in 1958 while liveing in the city of Nineveh, he obtained a record by the Assyrian singer Oshana Youel Mirza and listen to it over and over, and picked up his Tanbur and practiced playing and singing just like his idol.

Albert became one of the most famous Assyrian folk singers, he had his own genre, he was the “voice of the people” also nicknamed the “voice of the Mountain”. In those early years when Albert began singing, you had to have a powerful voice, you couldn’t rely too much on sound-technology to help you manipulate your voice, as we do today! Most of his early singing was done live on stage without microphones or speakers.

Albert became known for playing on the traditional string instrument, the Tanbur, his band had two members only, himself singing and playing on the Tanbur, accompanied by a traditional drummer (Tabla/Dahola), some of his drummers were, Mr. William Benjamin (US), Mr. Esho Warda (AUS) and later his son Mr. Yousip Ruel who took that position permanently.

In the 1970s many of Albert’s songs were broadcasted on Iraqi Radio & TV’s Assyrian segment in Baghdad as well as Kirkuk. In 1976 Albert together with Iraqi singer Afifa Eskander were invited to sing in the United States of America for a month. Afifa (a famed Arabic-Iraqi female singer), then returned to Iraq, but Albert extended his stay for another two months by popular demand, in which he sung in other US states and traveled to Canada. Assyrians in Diaspora could not get enough of his music.

Albert Ruel is perhaps the only Assyrian singer to be featured on an official Iraqi record, released in 1982, it was a publication of the Ministry of Culture and information, Musical Arts Department. Albert Ruel, recorded 13 songs, starting from 1966 (until 1971) at the famous Assyrian recording studio of Jamil Bashir, in Baghdad Iraq. And those songs were pressed on 45rpm single-vinyl in Greece for the Bashirphone label. Perhaps few of those vinyl were also copied and released in Iran (one such example has been located, shown below).

In 1975 Albert released two separate cassettes, each containing 6 songs, which were later both reissued on one cassette, and then on a CD in 2003. You could hear the voices of Sargon Gabriel and late Biba singing as backup vocals on some of those early Albert songs.

Albert Ruel participated in a number of early Assyrian song festivals held in Baghdad. The Assyrian Social Club was established in 1970 in Baghdad, and the second song festival was held at the Club in 1974, unfortunately we have very little information or materials from these events, they were held on perhaps four occasions, one of them is when this picture was taken in 1974. 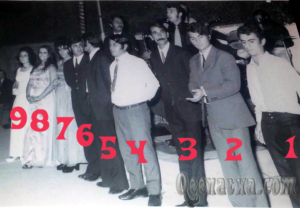 People from right are:

How many albums did Albert have? We are still trying to determine that, Albert was “singer of the people”, he always sang live, whenever he sang people would “field-record” his songs, and we have a number of those live-recordings, but I am sure many singing sessions were not recorded as well, and are lost forever. He usually sang original songs or the same songs but with different lyrics or versions. Today we have perhaps 8 such albums, not counting the 6 vinyl and official releases. 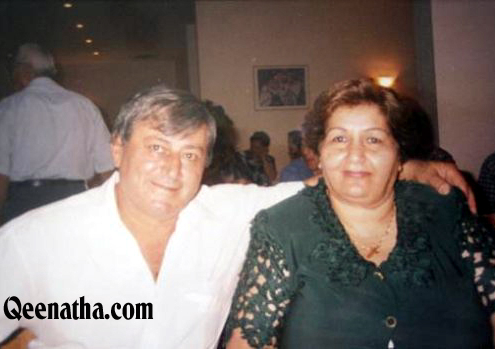 Albert was interviewed for Khabour.com website in 2008 by Robert Audisho, and here are few excerpts from that interview translated from Arabic:

Albert:
One of my favorite singers that I liked and respected has been the (late) Oshana Youil Mirza, he had a magical voice, I listened and memorized all his songs. He was the most famous singer in Iraq, only when he migrated to Kuwait I was able to take his place in Iraq and become a known young singer.

When Albert was asked, what advice would you give to our new singers? He said…”I wish them all the success, I have one request. If they want to leave an everlasting and positive imprint on the Assyrian music filed, first they have to make sure they have a qualified singing voice, then to work very hard on their songs (ie: lyrics & melody) before releasing them, they have to be honest with themselves and with their audience. They have to target the heart and soul of the Assyrian audiences before their ears”.

He also commented on his unforgettable trip he made to the Assyrians of Syria, “my trip to Syria in 1974 is a part of my life that I will never forget, when I arrived in Syria many people didn’t know about my visit, there was no media or promotion as we have today, and no transportation. But as soon as they knew, every single Assyrian village in Syria invited me to sing, and many walked for miles to see me and hear my songs. I sang in weddings, engagements, parties, concerts, and private homes”.

Robert: I still remember the party that you performed on the roof of Dr. Ewan Ewan’s house, people came from Hasaka and Qamishli and all the surrounding Assyrian towns and villages. You sung until sunrise, that party was recorded on tape, although it was not clear, but still the tape was “sold out’, and recopied and sold over and over many times.

What is the song that is most dear to you, and that you composed?

I have 5 Buzuq (Tambura) but the most dear to me is the one I designed in 1963 and took with me to Syria, I still have it and play on it every day. It has been my friend on my singing journey.

I never made money from my career, when I recorded and released my songs, almost immediately illegal copies (bootleg) were made and sold all over the Assyrian diaspora world, I was not able to even recover the cost of my albums. And we have no support from our media. They only confined to the modern songs, but they must also play songs that are related to our ancient Assyrian culture and heritage, which play an important role in preserving our culture and language…(end of interview). 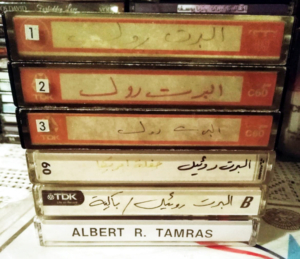 In 1990 Albert came to Australia and participated in two parties at Nineveh club to packed audience, one of his parties was filmed and later released on VHS tape.

I hope anyone that has his old tapes or old videos, to digitize them, so we may one day have our own “Assyrian Audio Archive”, and we can preserve those and other rare materials for future generations.

We have lost another Assyrian music legend, he was planning on releasing a new album, but it was not to be. May his soul rest in peace, and may our lord grant him a place in heaven.

As stated above, around 1966 Jamil Bashir produced at least six single 45″ records for Albert Ruel. The songs have all been identified, as they were later remastered and reissued on a compact disk. However to my knowledge not all six original vinyl records have been located. All six records had the same photo-sleeve covers (as shown below, left):

The Bashirphone records I have documented are the four numbered below: 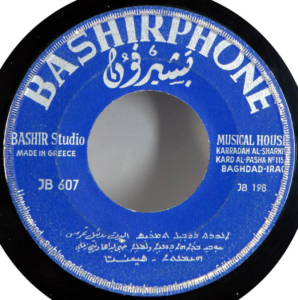 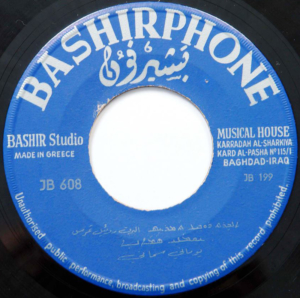 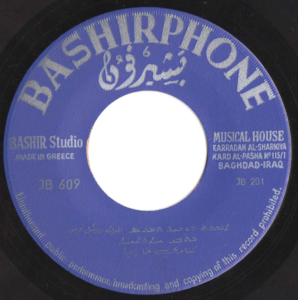 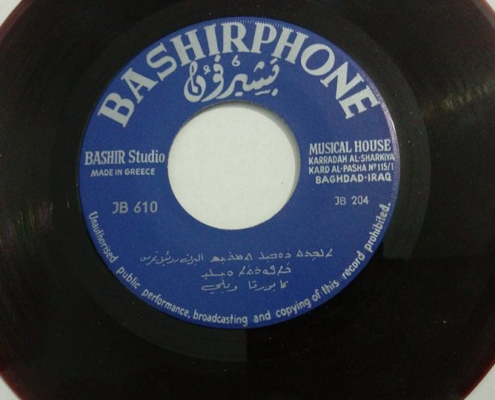 This is a single vinyl which was pressed in Iran, not sure if this was a bootleg or done with permission, but songs were the same as those on Bashirphone press, it has a Royal label record number:

In 1982 The Ministry of Culture and information, Musical Arts Department in Iraq released a box set, containing three vinyls, on one of them was a song by Albert Ruel titled Qamo (Why?), I believe its the only example of an Assyrian song officially released by an Iraqi government department on a record. 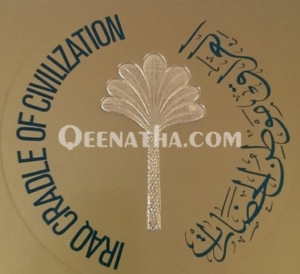 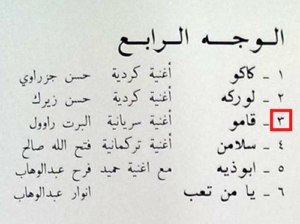 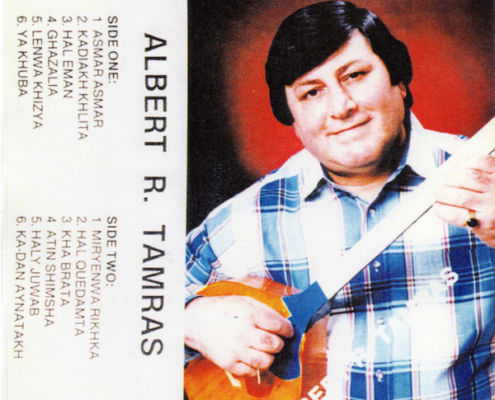 These volumes were originally released on two Tapes (6 tracks in each Cassette), then in 1975 released on one Cassette (12 Tracks), and in 2003 were released on a CD (12 tracks):

This is an advertisement for the Cassette which was released in USA in 1975 image taken from “Assyrian Star” Magazine published in 1976. The album was also released on an 8-Track Cartridge but no hard copy of the cartridge has been located so far. 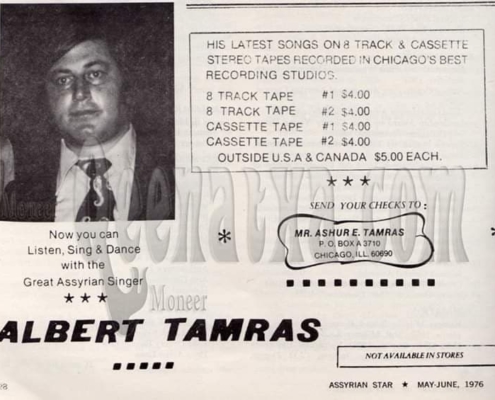 In 1981 the Assyrian Magazine in Iraq, “Qala Suryaya”, featured an interview with Albert Ruel Tamras, conducted by Shamiram and Ninos. Below is the issue cover, and the headline from the interview. He talked about his early life, his work as a carpenter and his music. 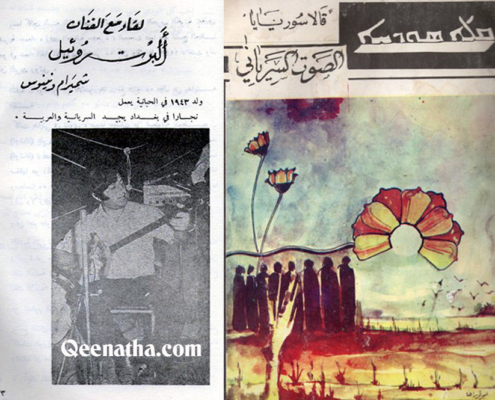 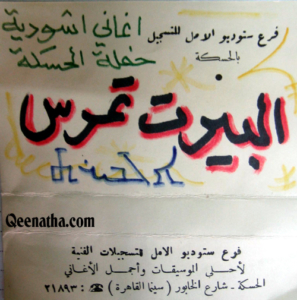 A cassette cover of a live recording from Syria, dated to 1974 from a memorable trip to the Assyrians of Khabour, below is an audio track from the cassette. 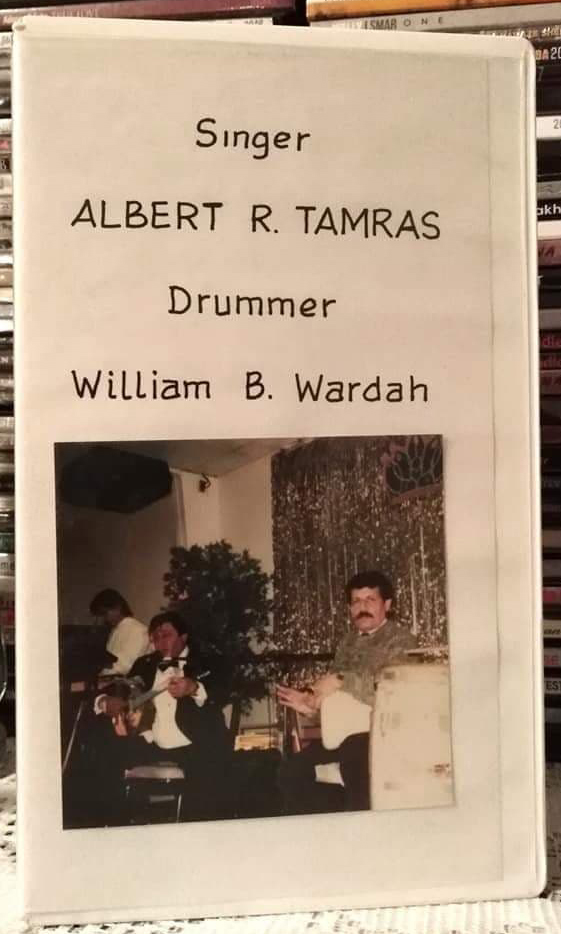 A VHS tape of a party held in United States, by the late singer Albert Ruel, and accompanying on Tablah (drum), Mr. William Wardah. 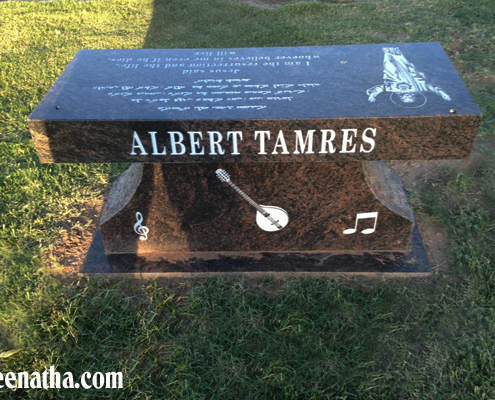 Albert and family migrated to the United States of America in 2000 and settled in Arizona, He passed away on the 27th of July 2011 after an illness. The final message from the late Albert Ruel Tamras…. 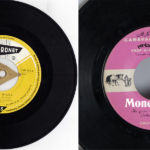 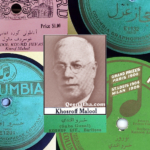