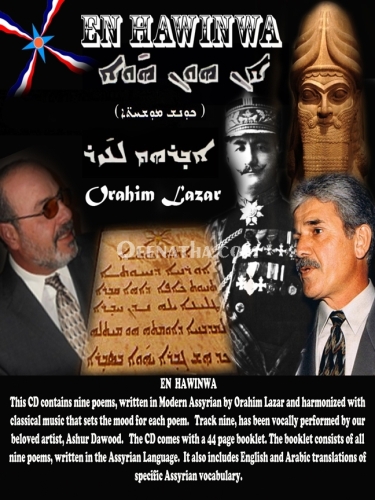 This CD contains nine poems, written in Modern Assyrian by Orahim Lazar and harmonized with classical music that sets the mood for each poem.   Track nine, has been vocally performed by our beloved artist, Ashur Dawood.   The CD comes with a 44 page booklet. The booklet consists of all nine poems, written in the Assyrian Language.  It also includes English and Arabic translations of specific Assyrian vocabulary.