Lucid, invigorating talent between two artists teaming up across continents will likely produce a quality outcome, but in this particular time capsule, it reprised a century of wounds pierced at the very center of the heart for the Assyrian nation, worldwide.

Separating the lyricist from the artist, Mr. Shamon Kena, who’s written some of the most impeccable lyrics for songs that have taken many Assyrian singers’ careers soaring through the roof, needs no introduction. So to place him in a delusionary frame is undercutting the talent of a writer, who is, by every measure, just as much an integral part of the vision that sets the tone for the creation of a song as the person delivering it, if not more.

Lyrics aside, in my view, Mr. Kena is among the most progressive Assyrians, without whose talent (lyrics + music), we would’ve not been afforded the warmth of the songs that have tied us to the love of country, such as Linda George’s “Barwar,” an homage to political progression likened to the image of one of the most notable revolutionists of the 20th Century, Argentinian Che Guevara in Sonia Odisho’s “Arayate D’Kheroota,” and who could forget Ashur BetSargis’ “Brata D’Bet Nahrain,” a love song exuding powerhouse Syriac language vocabulary, conceptualized by a man’s singular adoration for his Assyrian goddess.

To know him is to know a man who does not shy away from expressing his love for his country, political ideologies, and historical figures that have impacted change, predominantly for the oppressed and the underprivileged, topics that many would otherwise shy away from for the sake of fitting in (id est people pleasers), and this is what I personally respect about Mr. Kena, because he is genuine and sincere in his beliefs. Most precisely pun intended!

Moving forward, this uplifting song, whose story was passed down to the writer by his grandfather and recorded by Miss Linda George, whose seamless delivery, as usual, is spotless, and, well… spot on, exuding confidence in tying the vengeance of a murderer to victory, framed in the setting of a wedding celebrated across several Assyrian villages that the artist travels through in the song, whilst being humbly welcomed by villagers from “Bné-Belātha” and “Bné-Lagippa” of the lower Tyari and into “Tyari Laitha”of the upper Tyari Assyrian districts, formerly settled in the Hakkâri highlands in southeast Turkey, who most precisely pronounce home “bai’sha,” and not “bai’tha,” and whose legendary men are hailed throughout history for their fighting spirit in having engaged in some of the fiercest battles throughout Turkey, Iran and Iraq, most notably in the last two centuries.

This talented artist whose unhalted singing career of over three decades that possibly began before the time that she could even walk has given an audacious performance in song “Jajee D’Beh Nasimo,” accompanied by Shrara Ibrahim, from her new CD and twentieth release at the wake of the 100th year anniversary of the slaying of the Assyrian Patriarch Mar Benyamin Shimun at the hands of one of Kurdish’s most notorious and widely known assassins, Simko Shakak.

To learn more about the album and artist updates, visit LindaGeorgemusic on Facebook. 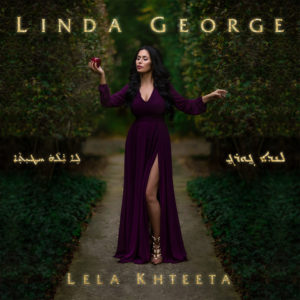 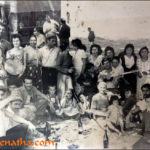 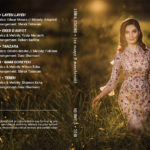