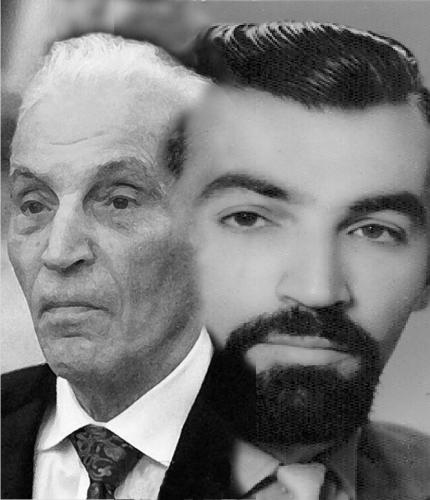 Assyrian Composer passed away in United States this week 1933-2014

Nebu Joel Issabey a composer whose works transcend different cultures and continents. He has composed over 100 musical creations. His musical talents are not, however limited to composing. He is an accomplished violinist and pianist. He is also familiar with the Viola, organ and Cello.

Maestro Issabey is well known for his choral conducting technique and had successfully conducted choirs in Iran, Germany and the United States.

Mr. Issabey was born in Tabriz, Iran in 1933. His early training was received from his mother. The next significant influence on Nebu Issabey’s musical career was made by the famous Italian Violinist Luigi Pazanari. More than 15 years of intense studies under the tutorage of Mr. Pazanari allowed the young musician to become a virtuoso and to give many recitals in Iraq and late in Germany.

In the late 1950’s Mr. Issabey further pursued his musical studies in Switzerland where among others he was influenced by the late Ernest Ansermet. After concluding his studies at Lacerne and Lausanne he returned to his native Iran where he continued conducting The Nineveh Chorus which he had founded earlier.

In 1967 he returned to Europe where for several years he received intense instruction in both theory and applied music at the University of Cologne, Germany. This was a prolific period in Nebu Issabey’s career boasting many recitals which were warmly received by the German critics and musical audiences. Such innovative compositions as hi Four Metamorphosis for Oboe and Piano which appear to be greatly influenced by the two German Composers Arnold Schoenberg and Paul Hindermith were compiled during this period. Several Lieds and Piano Compositions as well as major orchestral works were a result of this period inthe composer’s life.

In 1973 Maestro Issabey came to the United States where he continues to compose. He conducted the Nineveh Chorus for many years. Several major Assyrian Compositions are in the process of being completed including the Opera Gilgamish.