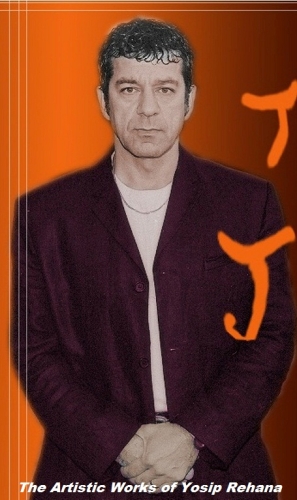 The Complete Biography - a discourse

(Thank you for reading!)

Welcome readers/fans and thank you for supporting me in my work to preserve our artistic heritage as pure Assyrian. Having done so much in the field of arts, my biography turned to be a tad too long (a discourse). I hope it will fully introduce me to you. Feel free to be frank in your comment/s.

*A note before reading: Where the word “Assyrian” is mentioned, it refers to all Mesopotamians Christians, namely, Chaldeans, Syrians (Soryoyo), Babylonians and any other peoples who are of Sumerian, Akkadian, Babylonian, Assyrian and Chaldean descent. I hope I didn’t miss anyone.

Artistic beginnings: Yosip was born in Ckampa D' Gailany to his parents Souria & Petrous Rehana. Souria was a popular singer (Assyrian & Kurdish songs) in family and friends’ gatherings. She often attributed her singing talent to her father Chuchaga who was, in his time, also popular singer in his and nearby villages in Nochia. Hence, Yosip got inspired to sing due to his mom’s singing to him (You can hear Souria singing in Vol#1 – Mamyana song). Yosip himself started singing since he was 9-10 years old at family gatherings; and a decade later, moved to Dora and joined the Church Choir singing Hymns.

In Greece: At the age of 16, Yosip left to Greece where he became a singer in parties and an actor as well. In fact, he even sang Greek to Greek people in gatherings. This was Yosip’s debut as an International singer (More on this later).

In Canada: At 19, Yosip entered Canada two days before New Year’s Eve party. And, for his reputation in singing songs of his favorite singer "Biba," he performed in that year’s party singing as a guest singer. He also joined the Church Choir in Toronto. Making a name for himself, Yosip never stopped singing and/or creating his own authentic songs.

Singing Indian: In 1982, Assyrian parties in Toronto, Canada were scarce, so Yosip (through an Indian friend) started to sing in the Indian Language for Indian people (Songs of the legend Mohammed Rafi). These were mostly performed on stage before live audience who sat quietly and listened. Yosip made it big in singing Indian; he also enhanced his singing skills and understanding of music. In 1986, he stopped singing Indian and came back to his people singing Assyrian again as more Assyrians migrated to Canada.

Song Writing: Since Dora, in the Church choir, Yosip had mastered the Assyrian Reading & Writing, but it was more during his Church Choir singing days in Toronto and songwriting hours that he strove to excel his knowledge of the Assyrian Lexicon & Poetry. During this time he wrote many a songs and poems (most are personal reflections).

Debut: In 1990, in his vol#1, Yosip introduced himself to his people around the world and became immediately popular for his song Mashina D' Karkuk (See video on YouTube). He then produced vol#2 & #3.

A great disappointment: After the first and second volumes (See Albums), Yosip realized that his Assyrian language skills are still not up to par, so he started to collaborate with famous Assyrian poets in order to learn from them and to utilize their writings in his future works. So, in Vol#3, he used poems from Amira Bet Shmoel, Hani Shackroo, Nabil Greash and Shimshon Qiqwana (all of Canada except Hani). Though the songs were fine, unfortunately, however, the mixing went wrong and the entire tape was published at a higher speed than the real-time. All songs came out high-pitched (Remixed here on Qeenatha), and the songs, with Yosip, dropped in reputation.

Other artistic works: As Yosip pulled away from singing, he dedicated his time (and sometimes money) to keeping Assyrian arts authentically Assyria. He started uniting Assyrian artists to keep our arts (especially songs) authentically Assyrian; not copied as usual in order to produce fast works for sake of money & popularity. "We are losing our identity and teaching our kids the wrong identity through music, song and dance." Yosip argued. Many reputable poets and artist joined his cause and organization (The Sound of Heritage - SOH). Poets such as Ninos Nirari, Amira Bet Shmoel, Orahim Lazar, Wardea Aushana and Sargon Esha are but a few who advocated the cause (many musician and singers also reformed from copying other people's music and claiming it as their own). Moreover, during all this time, Yosip was a radio announcer, Choreographer, teacher and MIDI studio arranger and sound mixer. All of these were done in Assyrian aiming to keep our arts heritage pure of foreign influences. Yosip even advocated that all Assyrian artists MUST learn their mother tongue. A suggestion many resented him for.

International Singer: Working in the field of founding non-profit organization for his beloved people, Yosip took advantage of an opportunity of singing in Toronto’s Expo in 1994. He thought this will introduce his people and their needs to the rest of the Ethnic groups in Canada. Yosip sang five languages before a huge crowd in an open field; he sang in Assyrian (of course), Greek, English (his own song), Indian and Arabic. As he has hoped for, Yosip was discovered by an Italian Media hotshot and was admired for his patriotism that the Italian media owner suggested that Yosip joins the Yearly Italian Song Contest in order to bring his people’s needs to the well-established Italian community. Thus, Yosip paid the fee to join and did indeed perform singing the Italian classic Valentina. Consequently, this made an Italian superstar and singer Toto Gotunia to come out on stage, hug Yosip and speak on his behalf to the Italian leaders and in the audience to consider the Assyrians and their needs to reach world stage. This lead many to meet with Yosip and get contact information of Assyrian leaders, churches and clubs; plus, key figures that later produced Assyrian newspapers like Imama with the help of the Italian friends.

The Great come back: Yosip never stopped educating himself in the Assyrian language and in song writing professionally. Then, finally, in 1998, as a production of Sound of Heritage (SOH), Yosip started to produce Music Videos having self-learned MIDI and video-editing software. By 2002, he had produced 7 videos, thus renewing his reputation among his beloved people as a singer/lyricist/melodist/actor/director/teacher/ choreographer/ Radio Announcer and Music Arranger. Most, simply called him “Umana or Rabi” (Artist or Teacher) for his varying achievements.

As a singer/composer: Yosip sold many songs to various Assyrian singers like Geliana Esho, Agnis George, Juliana Jendo, Robert Bet Sayada and many others (all of which are published already). Furthermore, through SOH, Yosip has sold many other songs that have not been published by owning singers; singers like, Charles Toma, Nidhal Hanna, Edmond Narsa, Ramis Bet Shmouel, Esam Arabo and more. You can find all of his works on this page below.

Later years: In Vancouver, Canada, after regaining his popularity, Yosip got a band together and started performing World Music where he sang up to 14 different languages to his audience of various nationalities. This he did at Mona’s restaurant/night club in Vancouver. Of course, he was also hired to sing at parties and weddings, though he felt restricted in his varying songs to one style or language.

Life in China: In 2004, Yosip put his artistic life on hold and started a new life in China where he is currently working as a University teacher of English (Writing, Advanced Communication Skills and English computer applications). Here, Yosip has been awarded one of the highest awards given to a foreign expert. And, he made the news again, not as a singer, but as Gung Fu fighter. In 2018-19, he was discovered by the local Chinese media for his talent in Gung Fu - the famous Chinese Martial Arts (which he learned since he was 13 years old), and starting 2020, he will be teaching his style of Gung Fu alongside his Chinese Master in a Chinese Wing Chun school.

Reconnecting with his people:

Having married a Chinese who loves her homeland dearly and is unwilling to be far from her loved ones, Yosip is doing his best via Qeenatha and other social media to continue contributing to the development of his people through his arts and other talents. And, in the near future, God willing, he plans to produce more video clips to his beloved Assyrians in the hope of preserving our arts and culture as pure Assyrian. "I think of myself as a patriot, for I love my people with all their colourful diversity, regardless what title they give themselves as long as they don't lose their true identity and characteristics". 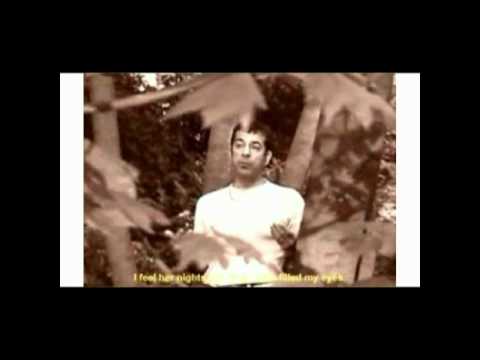 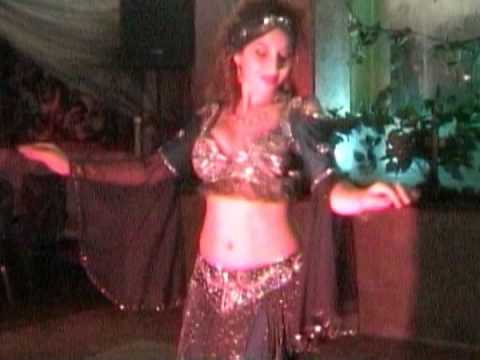 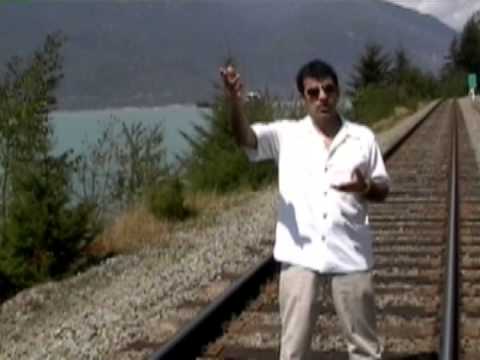 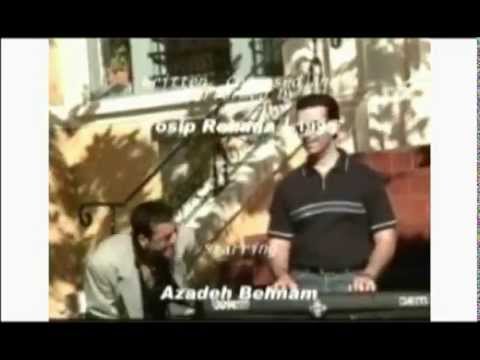