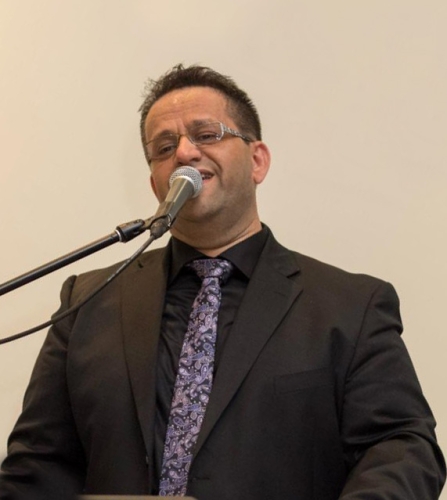 Early life
Nawfal was born in Basra, south of Iraq on the 28th of November 1968. And that was only a few months after his father, the teacher Mr. Khoshaba, died in a car crash between Baghdad and Basra. After that, his family (mother, three sisters and two brothers) moved to Mosul.

And when he was a 6 years old kid his elder brother Naji gave him a birthday gift, a melodica, small blow music instrument with about 15 keys and one soft accordion sound. Since then he started to play and had learned so fast any music he heard and liked. Most of all the music and songs of the great singer Fairuz. He started playing in local churches in Mosul. He also began to perform with bands in the year 1984. He joined his first band called "Nice Band". The members were "Zaya" on guitar, "David" on lead guitar, "Adnan" on bass guitar and "George" on drums.

Nawfal since has played with world famous entertainers and musicians such as "Kathem Al Saher" back in 1989 in the Mosul famous Hotel Ninevah Oberoy. And that was with his other band called "Ninevah Band" with the members "Saif" on guitar, "Nabeel" on bass guitar and "Ayad" on drums. Nawfal was a main member in many music bands starting with "Nice band", and many other bands like "Life Band" with Hazim on Bass and Waleed on Drums, "Lovers Band" with Odisho on Guitar and Zaya on Bass and also Moris on Drums, "Ninevah Band" and finally "Ishtar Band" with "Moris" on drums, "Ninos" on bass and "Bashar" on percussion. "Ishtar Band" used to play in AL SALAM Hall which was managed by Nawfal's close friend and artist Mr. Nabeel Zaya in Mosul.

Nawfal moved to Amman, Jordan. He started to perform with his old good friend Saif on guitar, at a five star flat hotel called "TURINO" for a one year contract. Nawfal then moved to Germany in 1996 where he settled in Wiesbaden to build and improve on his professional musical career. Nawfal has now become a respected musician, singer and composer in Germany and the surrounding countries where he performs in small, medium and large venues from a high society wedding to fully fledged concerts all over Europe.

Singing career
In the year 2000 Nawfal released a live album with many good assyrian songs that he performed by his way and style, with his close friend on percussion and backing vocals, Bashar. In the year 2004 Nawfal has produced a new album which includes 12 tracks of different styles and with varied musicians, song writers and singers such as the famous singer Ashur Bet Sargis as a song writer, Yousib Menashi as a song writer from Sydney, a duet with Linda George and a duet with Daniel Afram in another song and also Music producers like Hilal from Holland , Travelian from Canada , Ammar Saleh, Charbel Khayo and Senol Avci from Germany and many others covering the full spectrum of Assyrian and International music. 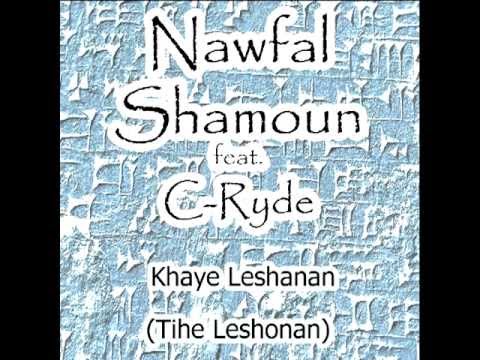