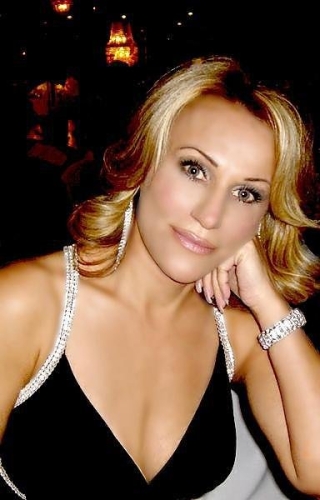 Artist Type
Singer
Hometown
Baghdad/Iraq
Phone
N/A
Biography
Julie Yousif was born on December 29, 1966 in Baghdad Iraq, Julie was brought up in a family of two brothers and one sister, her father was a truck driver and her mother is a very talented seamstress, Julie left Iraq along with her family to Greece in 1979 and arrived to America in 1981, In America, she resided in Chicago Illinois until 1985 when she decided to settle in Detroit Michigan after being married, she now has two children, her son Peter age 18 years old and her daughter Ashley age 13 years old.

The very first song that Julie ever sang in her life was in the early 1980's, it was Sargon Gabriel's song (sara sara), after singing that song she became more known to our community, as time moved, Julie didn't make any albums of her own, but was still performing to our community.

In 1996 Julie released a "Live" CD with mixed programs of Assyrian and Arabic songs, once that CD was released Julie then became very famous and brought her up to the next level of professionalism in her career.

Julie started traveling the whole world to sing for Assyrian people among the Non-Assyrian community. Her father had a big impact on Julie's life as a singer, he always supported her and her brother Edward being in a band at that time he also helped them, he loved music that is why he was such a big supporter to Julie to become a singer and her brother to become a great musician, even when her father had few hours to pass away in his very bad health he asked Julie and her brother Edward never to stop singing if he died and not to worry what people will say, that was his last request and he wanted them to promise that they would continue their talents.