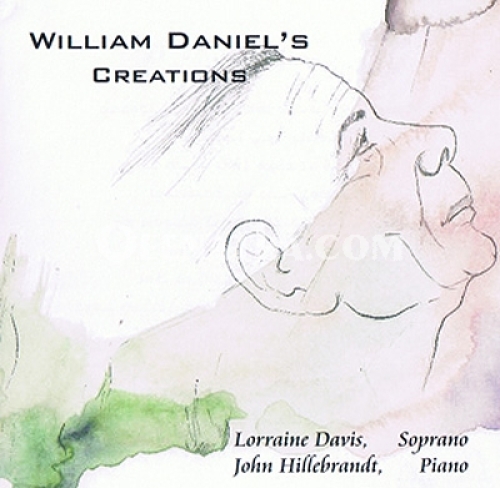 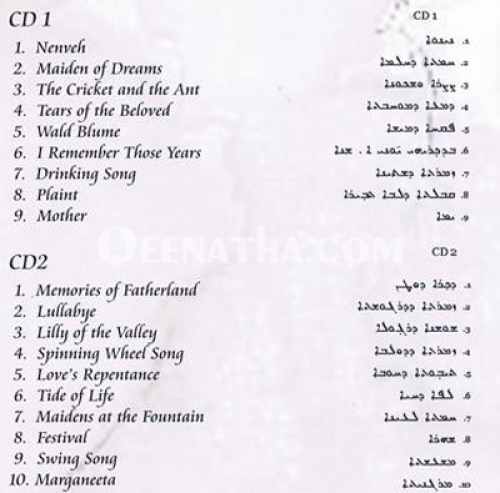 No songs are available

Lorraine Davis, Soprano
Lorraine Davis was born in Teheran Iran and graduated as an architect with an M.A. from the Faculty of Fine Arts at the University of Teheran. While at university, she took private singing lessons and performed at the Cultural Youth Institute of Teheran, Preforming songs from Mozart, Puccini, Schubert, and Brahms. Also in Teheran, she gave two concerts singing songs of William Daniel, author, composer and poet, as well as performing songs by Polus Khophri and Nabu Issabei, with Rev. Fereidoun Eshaq accompanying her at the Piano. She also gave concerts of classical music with late Carmen Osorio at Piano. In 2001 she gave an interview to Suroyo T.V. (Bahro Production) while introducing William Daniel through songs. She took part in the gathering of the European Assyrian in Cologne, where again she became the “Barqala” of William Daniel. Lorraine now resides in California and she prepares herself for future performances.
John Hillebrandt, Piano
John Hillebrandt has been staff Accompanist and Lecturer at California State University, Stanislaus since 1996. He is also the principal Keyboardist for the Modesto Symphony Orchestra. His numerous and highly acclaimed performances each season include solo recitals, chamber music, concertos, and original compositions. He graduated summa cum laude with a B.A. degree in music from the University of Central Florida, and M.M. and Doctorate of Musical Arts degree in Piano performance from the University of Michigan. He has received numerous honors as both a pianist and composer, including first prize in the Florida West Cost Chopin Piano Competition and first prize in the American Matthay Association’s Clara Wells Memorial Piano competition. In concerts, Dr. Hillebrandt had performed original works around the Central Valley and in the San Francisco Bay Area. Hillebrabdt also teaches courses at Modesto Junior College, and teaches piano and composition lessons privately.