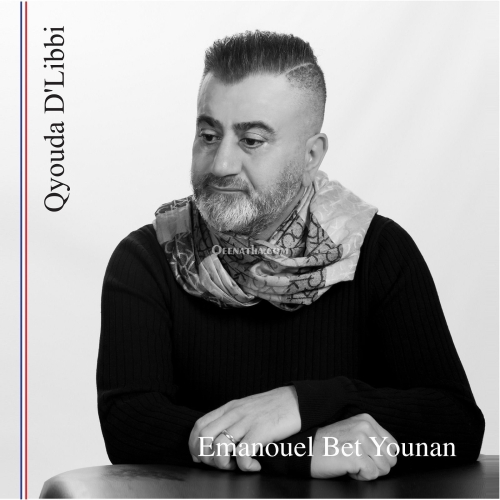 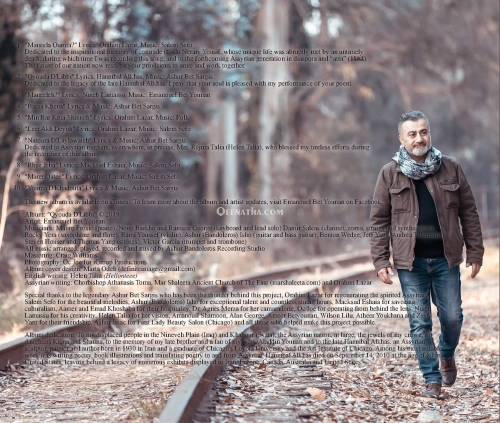 Special thanks to the legendary Ashur Bet Sargis who has been the thunder behind this project, Orahim Lazar for regenerating the spirited Assyrian, Salem Sefo for the beautiful melodies, Ashur (Bandoleros) Isho for exceptional talent and countless studio hours, Macksud Eshaia for savoring culturalism, Emad and Aamer Khoshaba for their hospitality, Dr. Agnes Merza for her camaraderie, Oc Joe for operating from behind the lens, Nineb Lamassu for his creativity, Helen Talia for her vision,  Amanouil Shamoon, Alan George, Ameer Betyounan, Wilson Lilu, Atheer Youkhana and Zaya Yaro for their friendship, Ashor Issac for First Lady Beauty Salon (Chicago) and all those who helped make this project possible.

Album dedication: To my displaced people in the Nineveh Plain (Iraq) and Khabour (Syria), the Assyrian nation, at large, the jewels of my crown, my daughters Kiana and Shanna, to the memory of my late brother and a fan of my work Aladdin Younan and to the late Hannibal Alkhas, an Assyrian sculptor, painter and author born in 1930 in Iran and a graduate of Chicago's Loyola University and the Art Institute of Chicago.  Among his most notable work was writing poetry, book illustrations and translating poetry to and from Assyrian.  Hannibal Alkhas died on September 14, 2010 at the age of 80 in United States, leaving behind a legacy of numerous exhibits displayed in Iran, Europe, Canada, Australia and United States.